Tasmania is Australia’s largest island, and smallest state. Its capital city Hobart is the second oldest city in the country and it is also the site of an infamous penal settlement, old mines and many other historic sites. The state is also covered in rugged bushland and mountainous terrain, some of which remains untouched by humans even today.

For this reason most of the state is covered by national parks, heritage protected areas and conservation regions. All of which makes for some real wilderness adventuring if you’re thinking about planning some small group tours in Tasmania. See our destination suggestions in our blog.

Coach Hire can get you safely in and out of many of these destinations too! Our first class coaches, experienced drivers and reliable group transportation service in Tasmania make touring this rugged little state a breeze.

Hobart has many attractions, making it the perfect place to start any small group tours in Tasmania. Visit the Museum of Old and New Art, and the Tasmanian Museum and Art Gallery before heading out to see the Royal Tasmanian Botanical Gardens. This botanical garden, established in 1818, was made famous by the fact that long time Gardening Australia TV Show host Peter Cundall filmed parts of many episodes here.

The Bonorong Wildlife Sanctuary is a rescue center for endangered wildlife and offers guided tours to the public. If you’re there on a Saturday don’t miss the Salamanca Market, a series of old warehouses that have been converted into market stalls and makes for a great day out. Check out Wrest Point Casino for a spot of gambling fun.

And of course a drive up Mount Wellington is a definite must on any itinerary. A narrow hairpin road winds its way up to the peak of this 1,271 metre high mountain that is usually covered in snow during mid winter. But once up there the views from the lookout are spectacular. On a clear day you can see for miles in every direction. 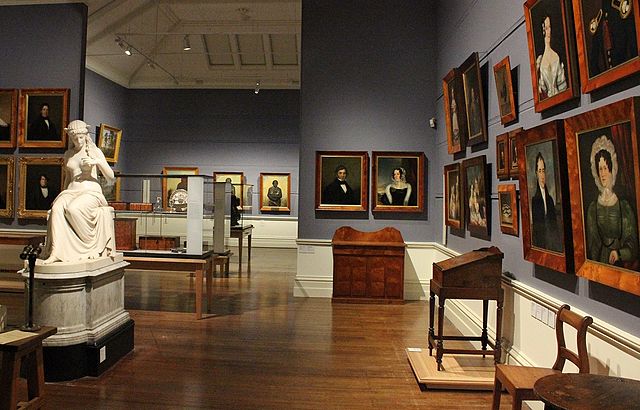 Of all the reserves and Heritage Listed National Parks in Tasmania (most of the state is contained in one national park or another!), the Cradle Mountain-Lake St Clair National Park is probably the most spectacular of them all.

Lake St Clear is Australia’s deepest freshwater lake and it’s surrounded by mountains and wilderness areas that remain largely untouched by humans. The Overland Track is a walking trail that takes you from Cradle Mountain to the lake through ancient pine trees and past towering waterfalls and valleys carved out by ancient glaciers.

Some of the wildlife you’ll spot here includes wombats, echidnas and Tasmanian Devils.

Port Arthur is the site of one of Australia’s most infamous penal settlements. During the 19th century it housed some of Australia’s worst criminals, sent there for the mental punishment the place was renowned for meting out! The prison buildings themselves are now a World Heritage listed site and open-air museum.

The small village of Port Arthur is home to around 250 people. In 1996 the town made headlines around the world with the Port Arthur massacre, a mass shooting that killed 35 people and injured at least 18 others.

Tasmania’s second largest city is Launceston in the north of the state on the Tamar River. It’s a beautiful part of the world and well worth a visit. The Cataract Gorge has sweeping views, a chairlift, lovely gardens and a scenic hiking trails.

Within Launceston you can visit the Queen Victoria Museum and the associated Art Gallery on the other side of the river.

This is also Tasmania’s premier wine producing country. The Tamar Valley produces a range of cool season wines and could become the next cool climate wine-producing region as the globe, and mainland Australia, heats up. Indulge in a wine tasting tour whilst you’re in this part of the country. 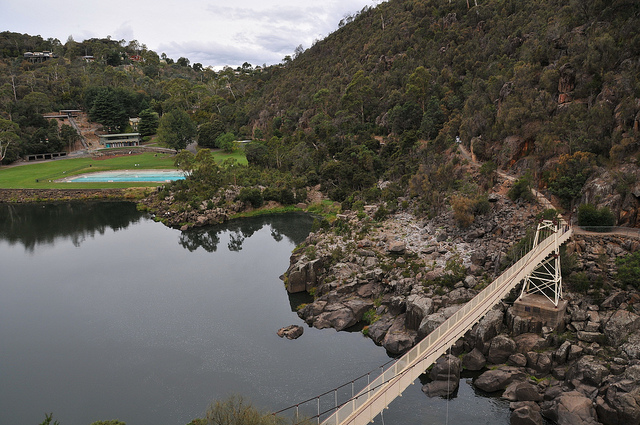 Take a tour to Queenstown, an historic copper and gold mining town that is home to one of Tasmania’s most popular tourist attractions. The historic steam train of the West Coast Wilderness Railway does an unforgettable 35-kilometre circuit of the surrounding mountains and gorges, crossing narrow railway bridges along the way.

Queenstown itself is set amongst barren hills denuded of foliage by historic environmentally unfriendly mining practises a century ago. The Mt Lyell copper mine is still operational and visitors can descend 1½ kilometres underground to explore the 7 kilometres of underground workings.

The town is also part of the West Coast Wilderness Way, a scenic driving route that takes visitors on a tour around 3 conjoining Heritage Listed Wilderness areas – Cradle Mountain, the Franklin and lower Gordon River, and the Lake St Clair area.

Are you ready to book your group transportation charter in Tasmania? There is no better way to tour this rugged state than from the safety of an expertly driven coach. So when planning your small group tours in Tasmania, contact Coach Hire.