Australia’s southernmost state often gets overlooked but there is a vibrant sporting community based there. Currently there are only 2 sports in the state that field national teams and we’ve found these interstate teams / clubs in Tasmania for you so check our blog.

For the best bus hire services in Tasmania, Coach Hire has a fleet of safe, reliable coaches based there ready to transport you to your chosen sporting fixtures. Check our website for more information, or contact our Tasmanian team.

The Tasmania cricket team is probably their best-known sporting team. It’s certainly their oldest team! It was formed in 1851 but subsequently spent most of the next century being ignored and overlooked by mainland based cricket officials and selectors!

They were finally admitted into national competitions in 1969 with the creation of the Gillette Cup. However it wasn’t until 1977 that they were allowed to compete in the Sheffield Shield competition, Australia’s top domestic cricket competition.

The team is better known by their nickname the Tasmanian Tigers.

Not to confused with the Tasmanian Tigers state cricket team, the Tassie Tigers are Tasmania’s men’s hockey team. They play in the Australian Hockey League and have enjoyed some success. In 2014 they beat the competition’s most successful team Perth Heat in a penalty shoot-out to take out the series final and win the gold medal.

Under new rules for the competition introduced by the AHL in 2018, Tasmania was in danger of having to drop out of the AHL due to the new funding requirements. Fortunately the state government has come to aid of the teams and we will continue to see both Tasmanian men’s and women’s teams competing nationally.

Tassie Tigers’ sister club the Wrest Point Tassie Van Demons compete in the women’s section of the Australian Hockey League. Both teams are owned by Hockey Tasmania, which is the only Tasmanian sporting body with both a men’s and a women’s team in national competitions.

Hockey Tasmania also has under 21 men’s and women’s teams. The U21 men’s team are the current 2018 gold medal champions. 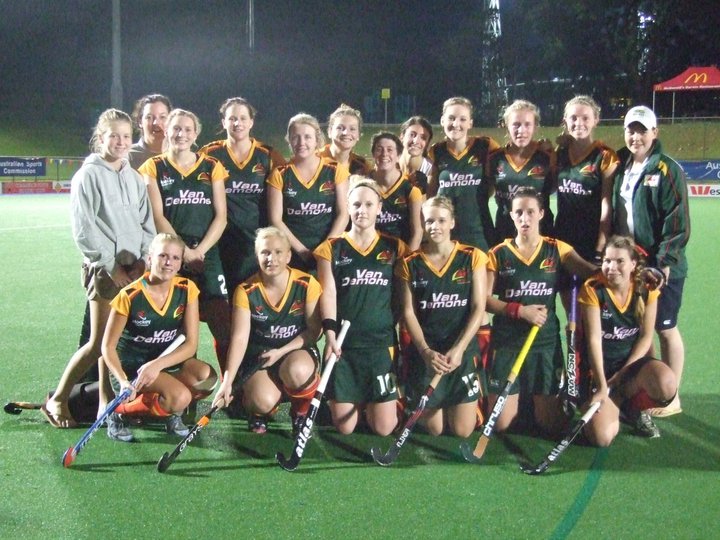 The Hobart Hurricanes women’s team was established in 2015 and is one of the inaugural teams in the women’s version of the competition.

Apart from cricket and hockey, the two sports with interstate teams / clubs in Tasmania, there are many other types of sports played at state level. Including one or two you may not have heard of if you weren’t born in Tasmania, NSW or Queensland. Like vigoro, a cross between cricket, tennis and baseball. Tasmania does have a vigoro team that regularly competes against the other 2 states with teams.

If you’re interested in watching your team play their sport, whatever sport that may be, consider hiring a coach to get you there with a group. When you are ready to book your coach charter in Tasmania, then contact our friendly team in Tasmania to make your booking.