Sydney and NSW generally is home to a number of national level champion sporting clubs and teams. Who could forget the Sydney Swan’s first win in the AFL Grand Final, their first since trekking north from their original home base in Melbourne. Or the mighty NSW Blues and their performances on cricket ovals around Australia.

Read on to find out a bit more about some of the top interstate teams / clubs in Sydney….

When these teams play at home, there’s nothing they like more than a busload of keen supporters barracking for them in the stands. If that sounds like you, why not consider getting a group going. We can help get you there with our bus hire services in Sydney.

There are 3 uniquely Australian sports. One of them is Australian Rules Football AKA AFL. It’s popular in the southern states and for many years the Victorian Football League was the premier organisation in the country.

The Sydney Swans started life way back in 1874 as the South Melbourne Football Club. During the 1930’s Australia’s habit of giving sporting clubs ‘nicknames’ combined with the number of players in the team hailing from Western Australian earned the club the nickname ‘The Swans’. The black swan is Western Australia’s well-known state fauna emblem.

When the club relocated its home base to Sydney in the 1980’s, the Swan bit went with them, as did their traditional red and white club colours. And so the first NSW and Sydney-based team in the Australian Football League came about. 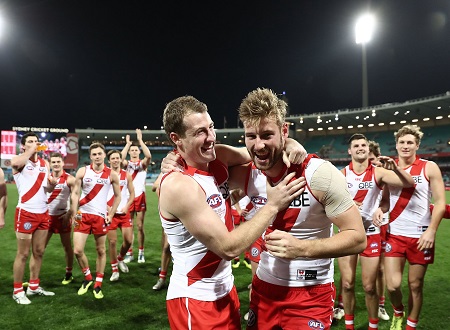 Cricket has been a part of Australian culture almost from colonial days. The NSW Blues represents the state in the Sheffield Shield, a national competition for first class professional cricket teams. They also play in the various other national cricket competitions, including the limited overs One-Day matches.

Despite their meek sounding name the Rabbitohs have outstayed, and outplayed, all bar one other team in the current National Rugby League. They’re one of only 2 of the original teams left in the league. The other is the Sydney Roosters.

Founded in 1908, the Rabbitohs are well known for their famous part owner, actor Russell Crowe. Not to mention the fact that when it comes to championship wins, the Rabbitohs are currently the most successful team in Australian rugby league history! 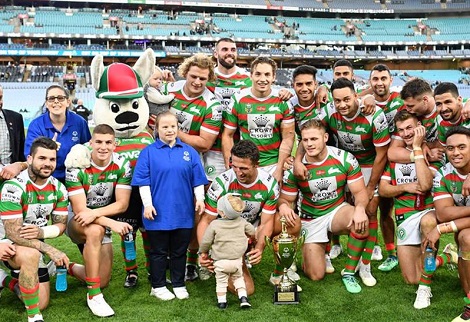 In terms of success, the Roosters sit in 3rd place behind the Rabbitohs and St George Dragons for number of all time premierships wins. They’ve also played at the elite level every season since inception, the only club to have done so. It’s a feat that has earned them a reputation as the NRL glamour team.

Interested in attending any of the games played by interstate teams / clubs in Sydney? Make a group booking and let us help you get there. When you’re ready to book your coach charter in Sydney, then contact us.