There may not be many of them on the Sunshine Coast but when it comes to stadiums, Sunshine Coast has some of the best and most up to date facilities in the area. Most of the venues can host both sporting events as well as a range of other entertainment like concerts and similar. Some also have conference facilities.

We take a look at some of the better-known stadiums in our blog. These are the venues that are home grounds for national and state level sporting teams based on the Sunshine Coast.

The Sippy Downs Campus at the University of the Sunshine Coast is the location of the USC Indoor Stadium. The world-class indoor facility is part of a sporting complex at the University. It has a range of other indoor sporting facilities including a gym as well as basketball, volleyball, badminton, futsal and hockey fields.

Upgrades to the venue have increased the seating to 2,200 by way of retractable seating panels at the northern and southern ends of the court. 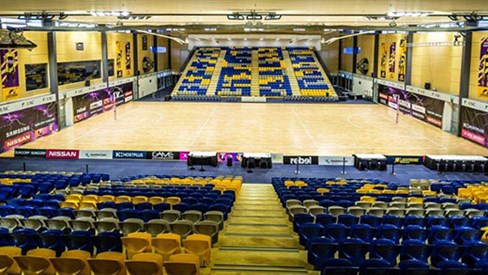 The stadium is part of the Kawana Waters sporting precinct. It has been expanded several times within the past decade to upgrade facilities and add more seating. The newly expanded stadium can now seat 12,000 for rectangular field sports whilst entertainment events can hold up to 15,000.

Other facilities within the precinct include seven playing fields that are suitable for a range of sports.

The venue is the current home of the Sunshine Coast Phoenix basketball team that plays in the premier Queensland state competition.

To support your local Sunshine Coast team or to attend one of the other fixtures at any of these or other Sunshine Coast venues, coachhire’s low cost mini bus hire on the Sunshine Coast is the perfect solution for small group travel. Because we all know that outings of this nature are always more fun as part of a group – work, family or friends!