With the 2018 Australian Rules Football Grand Final about to be played on September 29th, Melbourne is in the grip of AFL fever. And fortunately for Victorian AFL fans, at least one Victorian team is playing!

But apart from being the home of Australian Rules Football, there are many other great interstate teams / clubs in Melbourne. Here are a few of the best of them.

Thinking of attending a game or two being played in Melbourne by any of these clubs? Then check out our great bus hire services in Melbourne.

Love em or hate em, it’s hard to ignore the sporting behemoth that is the Collingwood Football Club! They have a reputation as being either the most loved and successful sporting club in Australia, or the most hated sports club in Australian history, depending on which side of the fence you’re sitting!

Either way, the Magpie’s distinctive black and white striped Guernseys have been playing Australian Rules Football since 1892, making them one of the oldest clubs in the competition. It’s also hard to deny their success as a sporting team. They’ve won more games than any other club in the AFL, including 4 back to back Grand Finals between 1927 and 1930, a record that still stands.

Apart from those 4 wins, they’ve played in a further 39 Grand Finals for a total of 43 all up, 15 of which have been wins with 2 draws. At the time of writing they’re about to make it 44 Grand Final appearances on September 29th, 2018 when they take on West Coast for the 2018 premiership title. 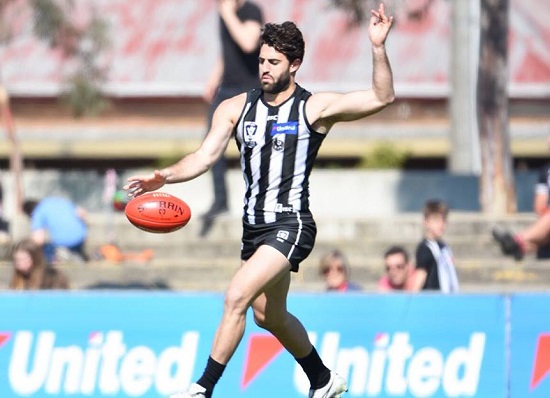 Although baseball has been played in Australia since it arrived with American miners back in the mid 1800’s, the game has never really sparked the imagination of Australian sports lovers in a big way. And although there have been several national leagues, they’ve usually petered out from lack of funding and interest.

The Australian Baseball League is the current national body for the sport and was started in 2009. Most Australian states field at least one team in the competition. The Melbourne Aces were formed in 2010 and are one of the original 6 teams in the League.

Very few teams have captured the imagination of a state quite like the Melbourne Storm. Just as Sydney is a die-hard rugby town, so too is Melbourne the home of Australian Rules Football. Therefore, rugby in Melbourne is often viewed as very much the underdog of the football codes there.

This is despite the fact that the Storm, the state’s inaugural rugby league team, has won 5 Grand Finals in total, although they’ve been stripped of 2 of them. And played in several others. However, in 2012 rugby fever gripped the home of AFL when the Storm stormed home in Sydney to make it a sporting double for Victoria across both codes.

The Storm won their 5th title (but only the 3rd that they’ve retained) in 2017 and take on the Sydney Roosters in the Grand Final on September 30th 2018. The day after the AFL Grand Final!

Victoria’s state cricket team has a new name. They’re no longer the Bushrangers but the far more staid and sedate Victorian Men's Cricket Team. Will it make them play any better?

As the Bushrangers the Victorian Cricket Team did their state proud, having taken out the Sheffield Shield for the last 3 consecutive seasons as well as in 2009/10. The team also won the first 3 seasons of the KFC Twenty20 Big Bash. This competition is now called the Big Bash League.

With several footy grand finals on in September each year, Australian sports fans had plenty to keep them focussed. If you’re lucky enough to live in one of the cities where these respective Grand Finals are played, why not consider hiring a coach to get you to the game. Or perhaps get organised early for next year’s games! And when you’re ready to book your coach charter in Melbourne, then contact our friendly Melbourne team for a quote.