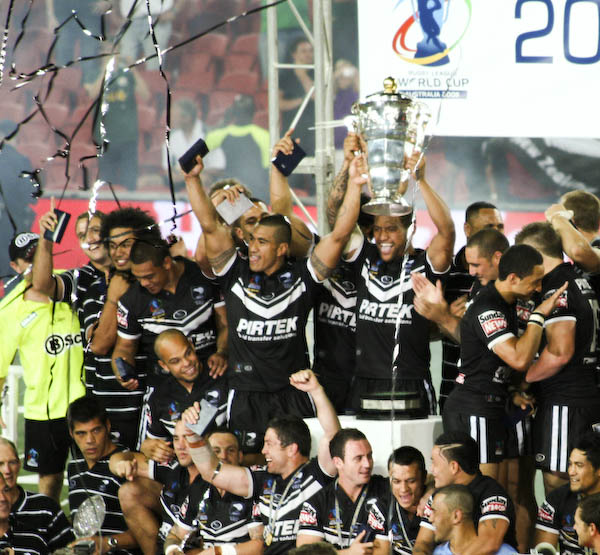 In 2017, the supreme Rugby League players from across the four corners of the globe will all be descending upon Australia, New Zealand and Papua New Guinea to compete for the sport’s most sought after prize - The World Cup - from 27th Oct to 2nd Dec 2017.

The matches will take place in 13 destinations; seven in Australia, five in New Zealand and also in Port Moresby the capital of Papua New Guinea.

Taking the vast distances into consideration, most rugby fans will look at the fixtures and choose a city to base themselves in that will feature their home team’s matches.

Obviously if you are Australian and a fan of the Kangaroos, you will be desperate not only to follow the lads in Green and Gold but to catch as many games as possible. That is the beauty of having such an auspicious competition in your own backyard.

Australia kick the tournament off at the Melbourne Rectangular Stadium on the 27th October against very tough opposition in the form of England. They then travel up to Canberra on October the 29th to play against another European team that will also prove tough, France.

The final group game for the Kangaroos is in Sydney at the Sydney Football Stadium on the 11th of November against rank outsiders Lebanon.

Australia are expected to qualify for the knockout stages as they are one of the hot favourites to win the tournament. The four quarter finals are to be played in Darwin, Christchurch, Wellington and Melbourne. The semi finals are to be held in Brisbane and Auckland, with the final on the 2nd of December taking place at the AEST Stadium in Brisbane.

Transport around Australia will be at a premium during the weeks of the 2017 Rugby World Cup. Especially if your rugby club is touring the country trying to catch as many games as you can.

Coach Hire Coach Hire would make an ideal partner for all your group transportation as we cover the whole of Australia with our expansive network of luxury buses and coaches. Either for a long touring road trip, or as an airport shuttle service from city to city.

Why not Contact our friendly and knowledgeable team today to start planning your trip.