Whilst the Gold Coast has a rich sporting tradition, it’s also renowned for the number of interstate teams / clubs on the Gold Coast that have folded. So much so that it’s rather unkindly referred to as the ‘graveyard’ of Australian team sports!

Currently there are only a couple of interstate level teams that still call the Gold Coast home; we’ve found them for you so read on….

As always, Coach Hire is committed to ensuring that sports fans and teams Coach Hirely to and from any competitions. If you need a bus or coach why not check our bus hire services on the Gold Coast.

One of the two newest teams in the AFL competition is the Gold Coast Suns, the team played by the Gold Coast Football Club. The Suns began playing in the 2011 season and whilst they’ve had some success to date, they’re yet to finish a season any higher than 12th.

When it comes to national teams, the Gold Coast Titans are the only other professional sporting team that has managed to survive the ups and downs that plague national Gold Coast teams. And like AFL Club the Gold Coast Suns, the Titans are also the newest club in the National Rugby League premiership competition.

The team has managed to finish the season in 3rd position on the ladder in 2009 and 4th position the following year. For the most part though they’ve had trouble breaking the stranglehold of the top teams in the competition and have finished well down the ladder.

They do however have their own television station – Titan TV, which keeps followers informed about club happenings via Foxtel. 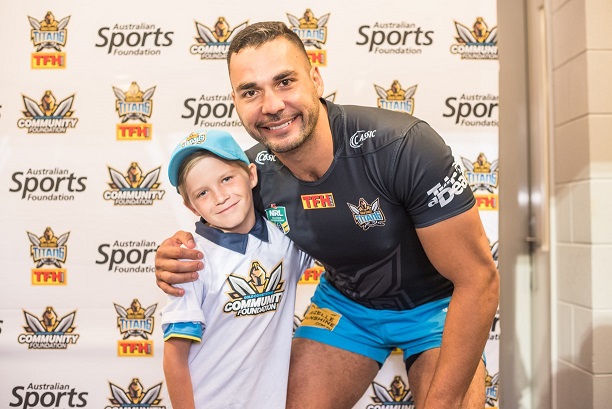 The Gold Coast Hawks are a bowling team based on the Gold Coast. They currently compete for the right to represent Queensland in the BPL Cup.

The Bowls Premier League is a national level bowling competition consisting of teams from all states as well as New Zealand. It was founded in 2013 in an attempt to publicise and popularise the sport. Currently each state and New Zealand fields a team in the bi-annual competition.

Associated with the Gold Coast Titans are their touch football teams of the same name. Touch football is a popular version of rugby league, particularly in schools. Instead of tackling, teams touch or tag instead. The national competition is run by the NRL and most clubs, including the Titans, field both a men’s and a women’s team.

The inaugural NRL Touch Premiership games for both men and women were held in May 2018 at Coff’s Harbour.

Gold Coast United FC is a former A-League football team but was dropped from that competition in 2012 due to various player and administration related issues as well as low attendance rates at games. After a hiatus of several years the team was admitted into the National Premium League Queensland at the end of the 2017 season.

The NPL sits just under the elite A-League competition and since 2012 has replaced the local state football competitions. Teams play in their own state competitions throughout the season and then the top teams go through to a national final. The competition is administered by Football Federation Australia.

Gold Coast United FC field both a men’s and a women’s team in the NPL.

We hope you’ve enjoyed this brief glimpse of the very few interstate teams / clubs on the Gold Coast that still operate. Want to get to a game?

Coach Hire has coaches of all sizes waiting to transport you from the Gold Coast to your chosen sporting activity throughout Queensland. When you’re ready to book your coach charter on the Gold Coast, then contact our friendly Gold Coast team for more information.