There are a number of excellent sporting venues and stadiums in Canberra that are training and home venues for the ACT’s many national, state and local sporting teams. We’ve identified some of the ones that are associated with Canberra’s national teams in our blog.

For group outings to any of these venues, whether it’s to watch your favourite team in action, to attend a conference or just for a great night out, you can rely on Coach Hire’s reliable group transportation in Canberra.

The Canberra Stadium, commercially known as GIO Stadium Canberra and once a general purpose football venue, is now a predominantly rugby facility because of its now rectangular shape. It can also host football (soccer) games but is no longer suitable for AFL games.

This is due to the sacrifice of some of the playing field to increase seating capacity for qualifying football games during the 2000 Sydney Olympics. AFL games are now played at Manuka Oval.

With 25,011 seats the stadium is the largest sporting stadium by capacity in the ACT. It’s the home grounds for the Canberra Raiders Rugby League and Brumbies Rugby Union teams.

Owned by the Belconnen United FC (soccer), McKellar Park (previously the Belconnen Soccer Centre), is a 3,500 capacity football stadium in McKellar. With its rectangle shape, it’s used almost exclusively for this code.

The stadium is the home grounds for the Canberra United FC, a women’s football team that plays in the national W-League competition. The Belconnen United FC also uses it for their training and home games during the National Premier Leagues Capital Football season.

Narrabundah Ballpark is the home of baseball in Canberra and the ACT. The original ballpark was extensively upgraded in 2010 to allow for the city to field a team in the Australian Baseball League (ABL) competition. That team is the Canberra Cavalry.

There are three playing fields at the ballpark. The primary field is the one used for elite level ABL fixtures and the stadium seating can hold 2,250. Field 2 can be used for state level competitions whilst Field 3 can only be used for daylight fixtures as it doesn’t have lighting.

Manuka Oval is one of the oldest, if not the oldest, sporting venues in the ACT. It’s the home base for AFL team Greater Western Sydney and their home games are played here during winter. However, it is probably better known as a cricket ground.

The oval is used during summer for the annual Prime Minister’s XI cricket match along with other state level cricket matches. The ACT Comets (men's) and the ACT Meteors (women's) cricket teams are based here.

It has been used for other football codes in the past but these fixtures have largely moved to more suitable purpose-built facilities over the past few decades. The venue can hold 16,000 people. 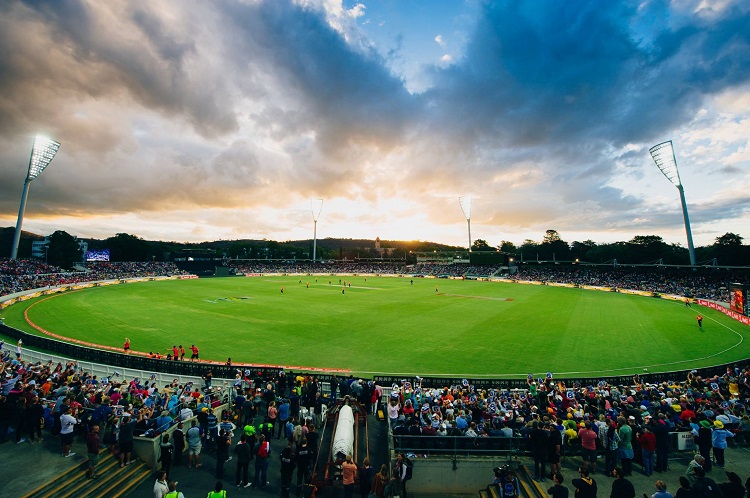 Fondly known locally as the ‘Brave Cave’ due to its use as a home and training venue by the CBR Brave Ice Hockey team, the Phillip Ice Skating Centre is a public skating and ice sports centre. It was also the home venue of the Canberra Knights.

It’s the only ice rink in the ACT and there are currently no plans to build another one. The centre was built in 1980 so is getting on in years. There are also swimming pools at the venue. It can hold 1,000 spectators.