Australia’s capital is located, not in one of the major cities as you’d expect, but in a separate city somewhere between the two that was purpose-built for the job. Canberra is home to a wide range of sporting clubs and teams, some of which play at national level. In our blog, we take a look at some of these interstate teams / clubs in Canberra.

Coach Hire offers safe, reliable transport for all occasions, including group bookings for grand finals and at-home matches. Why not check out our range of bus hire services in Canberra and then contact our friendly Canberra team.

The team was founded in 1984. Despite a very ordinary first decade and a half where they struggled to win games, they eventually evolved into one of the dominant forces in Australian women’s basketball. Between 2000 and 2010 they won 7 WNBL Championships, a record that still stands.

The Capitals were given the keys to Canberra several times in recognition of their outstanding success and have supplied many of the players in Australia’s national team, the Opals. Unfortunately, since their last championships win in 2010 they’ve not made the playoffs 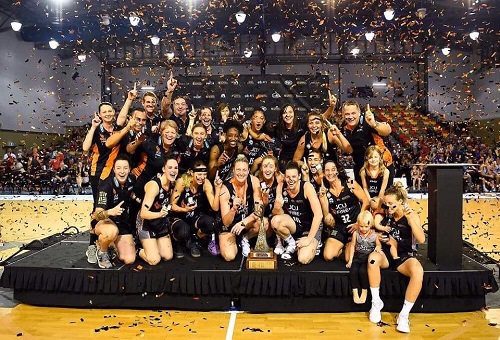 The Canberra Cavalry play baseball for Canberra in the Australian Baseball League. They were founded in 2010 and played their first season in the league that same year.

The team has enjoyed some success in the ABL, winning the Claxton Shield in 2013 against Perth Heat. They followed this up later the same year by becoming the first non-Japanese or Korean team to win the Asia Series.

In a town where most sporting team names start with Canberra, the consortium behind CBR Brave decided on a different tact. They would capitalise on the 2013 CBR Canberra campaign and use CBR instead. CBR stands for Confident, Bold, Ready and the consortium followed it with a name that reflected what it took to get the team up and operational.

CBR Brave came into being after the Canberra Knights handed in their Australian Ice Hockey League licence in 2014. In a pretty remarkable feat of organisation, the team was hurriedly put together just a few short weeks prior to the start of the 2014 season. That they made the competition at all was an achievement in itself!

Needless to say, and not surprisingly, the team finished that season as the wooden spooners but not without showing a portent of things to come. Four short years later they’re at the top of the Australian Ice Hockey League table and have taken out the AIHL Goodall Cup!

Canberra United FC is a football club affiliated with Football Federation Australia. The club’s women’s team competes at national level in the premier Women’s League (W-League). Their men’s and youth teams compete in the next tier of competition, the National Premier League.

The club was formed in 2008 specifically to field a team in newly formed W-League. It was, and still is, the only team in the competition that is not tied to an A-League men’s team. Instead, the men’s and youth teams have been added since the club started.

When it comes to footy, Canberra is rugby country! The Canberra Raiders with their distinctive (for Canberra) lime green uniforms stand out amongst the bevy of blue and gold Canberra teams. The club was formed in 1981 and have won Premierships in 1989, 1990 and 1994. They’ve also finished as runner-up twice in 1987 and 1991.

Whilst playing in the New South Wales Rugby Football League the Raiders were the first team from outside Sydney to make the finals of the competition in 1987, reach the grand final (1987) and win a grand final (1989). During this period some of the legends of the game played in the team and over the years they’ve supplied 15 players for the Australian national team.

This is a very brief glimpse into some of the great interstate teams / clubs in Canberra. If you’d like to get to any of their games, Coach Hire has coaches of all sizes available in Canberra.

When you’re ready to book your coach charter in Canberra, then contact our friendly Canberra team for more information.