Cairns is a major regional centre for sports in Far North Queensland and the international standard of stadiums in Cairns reflects this. All types of sports are played up here including those not traditionally associated with Queensland, like Australian Rules Football.

Stadiums in Cairns are predominantly multi-use which allows them to be used across a range of codes and disciplines. A couple also double as conference, exhibition and live concert venues as well. The Cairns Convention Centre for example has hosted a bull-riding event! Find out more about these stadiums in our blog.

When it comes to arranging group outings to any of the events being held at these stadiums in Cairns, consider coachhire’s reliable group transportation in Cairns. It’s a fun, convenient alternative to driving yourself or taking public transport.

“Up there Cazaly….” And so the famous (in Australia at least) AFL song about one of the sport’s legendary players begins. Cazaly's Stadium in Cairns is named after the same legendary player. It was a deliberate attempt to draw attention to AFL in a town that is historically steeped in rugby tradition, and teams!

The stadium seats 13,500 people, making it the largest sporting facility in Cairns. Its main grandstand will be familiar to anyone who attended fixtures at the Brisbane Cricket Ground up until the late 1990’s!

There are a number of sports played here. Rugby, cricket, Australian Rules Football, and A-League football (soccer) have all had national and international level fixtures held at the venue. A performance of the Nitro Circus Live show was also held here. 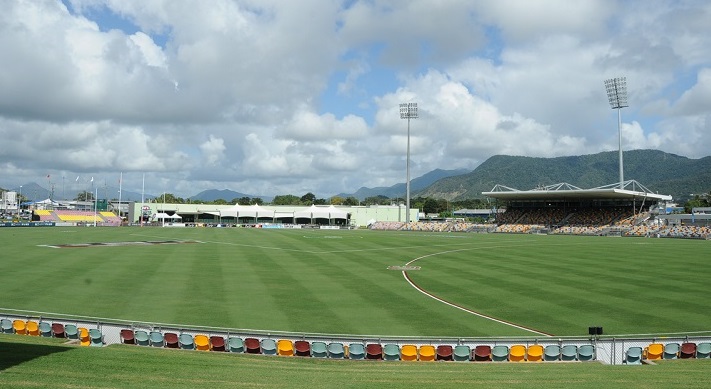 Multi-award winning venue Cairns Convention Centre is one of the premier facilities in Cairns for many types of events. From sporting fixtures to hosting international conventions like the G20 Finance Ministers and Central Bank Governors Meeting, and the Australian Tourism Exchange conference, the Centre caters for them all.

More recently it was the venue for the GC2018 men's basketball competition preliminary rounds during the 2018 Commonwealth Games. The venue can seat 5,300 in Hall Two.

The Centre is also the home of Cairn’s only national sports team, the NBL basketball team Cairns Taipans. When the Taipans are playing at home, the Centre is dubbed ‘The Snakepit’!

Barlow Park is a multi-sporting facility located in Parramatta Park. It hosts the Cairns District Rugby League and Rugby Union teams as well as the Cairns FC, the Cairns and District Athletics Association, the Northern Pride RLFC and Oztag.

The international standard facility can seat 1,700 and has hosted a number of national and international fixtures including NRL, Super Rugby and A-League games. Regional championship games have also been held here. 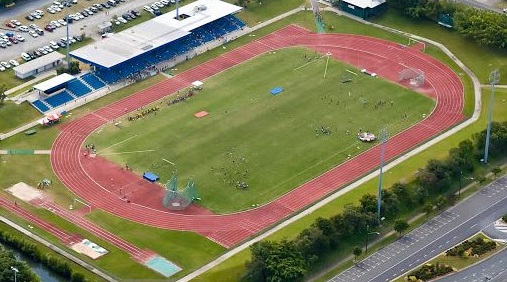 Redlynch Central Sports Stadium is another of the international standard indoor sporting venues available for sporting enthusiasts and teams in Cairns. There are 4 multi-use indoor courts that can be used for netball, volleyball, badminton, futsal, floorball, pickleball and table tennis. There is also a gym.

With around 3000 square metres of floor space and 10 metre high ceilings, this modern sporting facility is a state of the art complex. It offers a range of activities for athletes and sporting enthusiasts of all levels.

Avoid the hassle of driving yourself or relying on public transport to any of the events held at stadiums in Cairns. Group travel with someone else doing the driving is a much better alternative!

Coachhire’s low cost mini bus hire in Cairns is the perfect way to travel. Contact us for more information about our range of mini bus and coach services.