Cairns is the gateway to the tropics of Far North Queensland where some of the oldest and most spectacular landscapes in the world can be found. From the towering trees and rare species in the ancient Daintree Rainforests to the world’s largest World Heritage Park, the Great Barrier Reef Marine Park, there’s plenty to for students studying at the schools and universities in Cairns to see and do.

Speaking of schools and universities in Cairns, we’ve found a few gems that you can read about in our blog.

However, unless you’re content to hang around in Cairns, most of the sightseeing activities around Cairns require organised transport. And that’s where CoachHire can help. Our reliable group transportation in Cairns is an ideal way to get out and about around the tropical majesty that is Far North Queensland. Contact us for more information and transport advice.

James Cook University is Queensland’s second oldest university. It was founded in Townsville in 1970 and has since opened up primary campuses in Cairns and Singapore. There are also small training centres in Mt Isa and Mackay.

Today JCU is world renowned for its tropical orientated research, an important aspect of its location close to two World Heritage listed areas in the Daintree Rainforests and Great Barrier Reef.

The campus in Smithfield in Cairns is state of the art and currently has around 4,000 students enrolled across its various courses. Further developments in 2018 have seen the opening of student housing on the campus, allowing up to 300 students to live onsite during their tenure at the university.

CQUniversity started life as the Queensland Institute of Technology (QIT) Capricornia in Rockhamptom in 1967. Prior to that however it had its origins as a technical college in 1889 before morphing into the QIT.

With its core focus on providing world-class tertiary education and qualifications in regional Queensland, CQUniversity has over 25 campuses across North and Far North Queensland, and interstate. The Cairns campus in the Cairns CBD is the latest addition to the stable.

Holmes Institute was founded in 1963 and for over half a century has been providing its students with vocational education and training, as well as secondary and higher education. It is a private multi-sector educational institution with a campus in Cairns as well as Brisbane, Sydney, Melbourne, Gold Coast and Hong Kong.

Each location incorporates faculties of Higher Education and Vocational Education. They also have a School of Secondary Education and an English Language Centre. Vocational certificates as well as Masters degrees in accounting and business administration are also offered.

Cairns Business College is a tertiary institution established in 1966 with the aim of providing students with world-class training and certification in business administration, management, hospitality and tourism. The college is situated in Parramatta Park.

CBC diplomas and qualifications are recognised by industry both around Australia and globally. The college also prides itself on ensuring that its students are matched up with the most appropriate courses for their individual career aspirations. 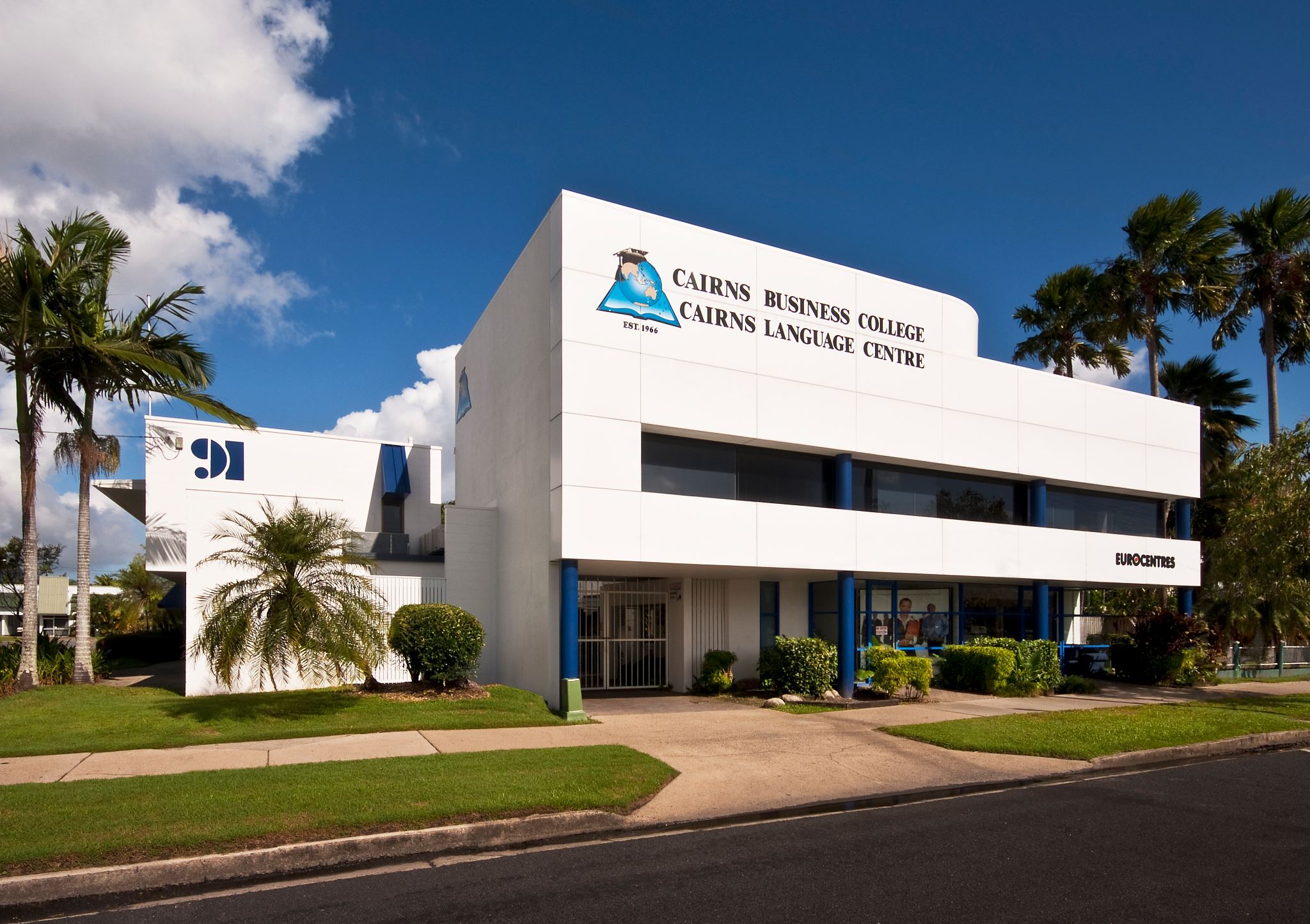 The Cairns College of English & Business was started in 2010 to teach English language to international students. The college is CRICOS registered and NEAS accredited as well as an ACPET member.

With its recently acquired accreditation as a Registered Training Organisation, the college now offers business and vocational training through a partnership deal with the Cairns Business College. CCEB is a popular choice with international study tour students who wish to learn English.

If you’re attending a school or university in Cairns and would like to see more of the fascinating country around the area, why not talk to us today about our low cost coach charter in Cairns options. We can cater for groups of all sizes with our coaches and mini buses.