For information about some of the stadiums in Adelaide that are used by their national and state level sporting teams head to our blog. We tell you who trains where, how many people can fit into each of the venues and why you often don’t recognise the names of many of them! It’s all to do with naming rights sponsorship!

And if you’d like to visit any of these stadiums, or any of Adelaide’s other sporting precincts, as part of a group, contact us for information about our reliable group transportation in Adelaide.

The South Australian Aquatic and Leisure Centre is the home venue for the Adelaide Jets Water Polo teams. It’s located on Morphett Road in Oaklands Park in Adelaide and is managed by the YMCA.

With a capacity to seat 3,460 spectators, the Centre is a new FINA standard facility that was built to support elite aquatic sports in South Australia. It has already hosted several national water polo competitions and has the capacity to host international standard aquatic events like Olympic trials. 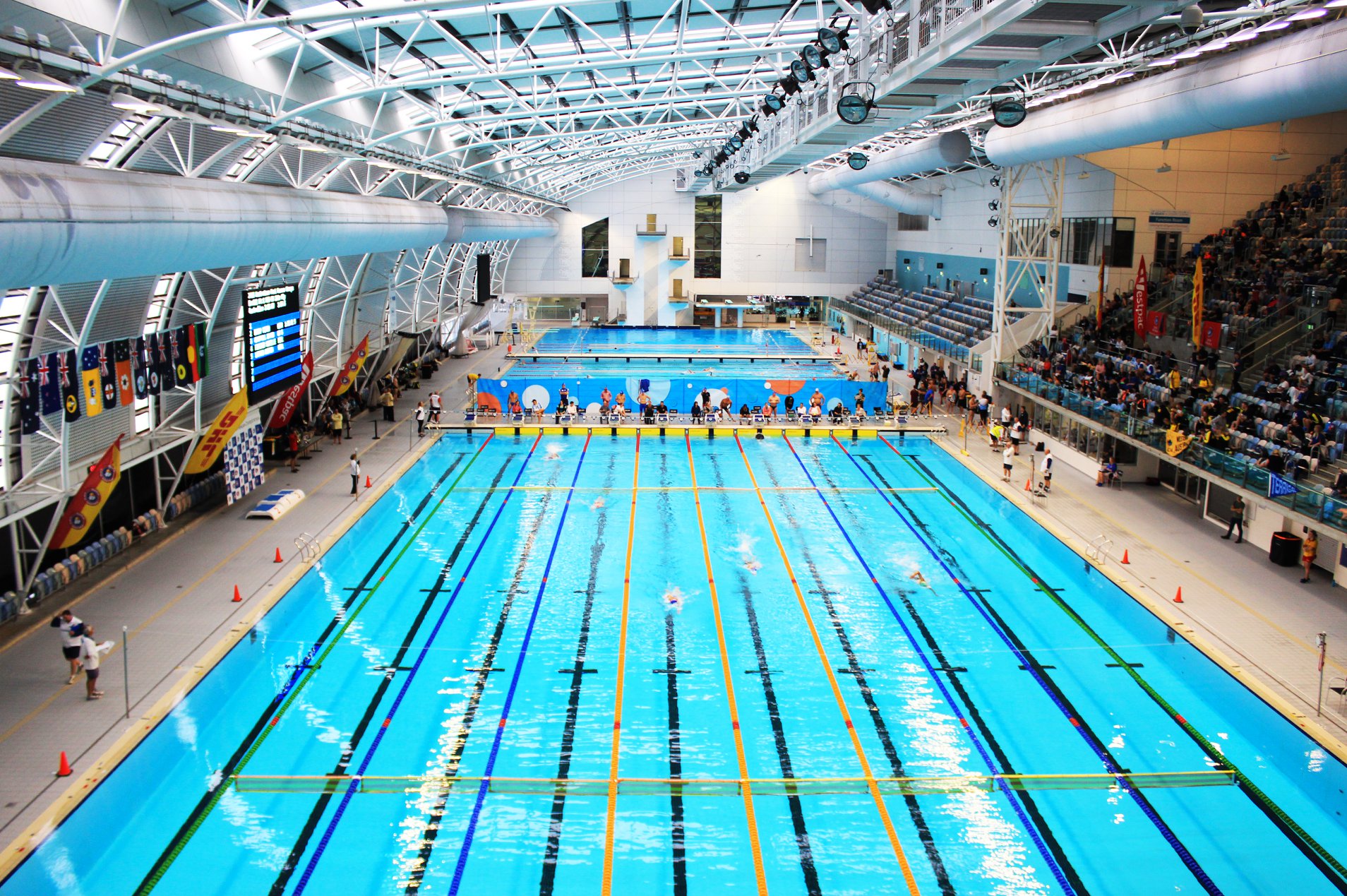 Titanium Security Arena in Findon in South Australia is the state’s premier basketball facility. Although it can host other codes such as netball, it was purpose-built for basketball and is the largest basketball specific arena in Australia. The venue can seat 8,000 spectators.

The arena is currently the home stadium for NBL men’s team the Adelaide 36’ers and the WNBL team Adelaide Lightning. It’s also the second home for Suncorp Super Netball team, the Adelaide Thunderbirds.

Priceline Stadium (Netball SA Stadium) is another purpose built facility, this time for netball. However judo and gymnastics competitions have also been held here. There are 4 indoor courts and 26 outdoor courts.

The stadium is opposite the SA Athletics Stadium in Mile End in Adelaide and is the home base for the Suncorp Super Netball Adelaide Thunderbirds netball team. The indoor arena can seat 3,200 people.

The Pines Stadium, or the Distinctive Homes Hockey Stadium as it’s currently called under naming rights sponsorship, is located in Gepps Cross in Adelaide. The outdoor field hockey stadium is owned by the state government and can seat 4,000 people. It has 2 international quality wet pitches.

The stadium is the home venue for SA’s two AHL teams the SA Hotshots (men) and SA Suns (women). It’s also the administrative quarters for Hockey SA, the state’s peak hockey association and is used as a training facility by the South Australian Sports Institute hockey program.

Norwood Oval is the home stadium for South Australia’s ABL team the Adelaide Bite. Currently Coopers Brewery have naming rights for both this and Hindmarsh Stadium, leading to some confusion when both are referred to as Coopers Stadium!

However, Norwood Oval is predominantly an AFL venue whilst Hindmarsh Stadium is a purpose built football (soccer) venue. When you also realise that Norwood is an oval and Hindmarsh a rectangle they become easy to distinguish.

And, although an AFL venue, Norwood Oval also hosts other sports including baseball, which is how it comes to be the home venue for the Adelaide Bite.

Why not check some of these stadiums in Adelaide out for yourself. Arrange to get a group together for one of the sporting fixtures, concerts or other events held there.

Coachhire’s low cost mini bus hire in Adelaide makes that prospect a lot more inviting; we do the driving and take care of all the arrangements so you can focus on cheering home your team. Or just having a great time.